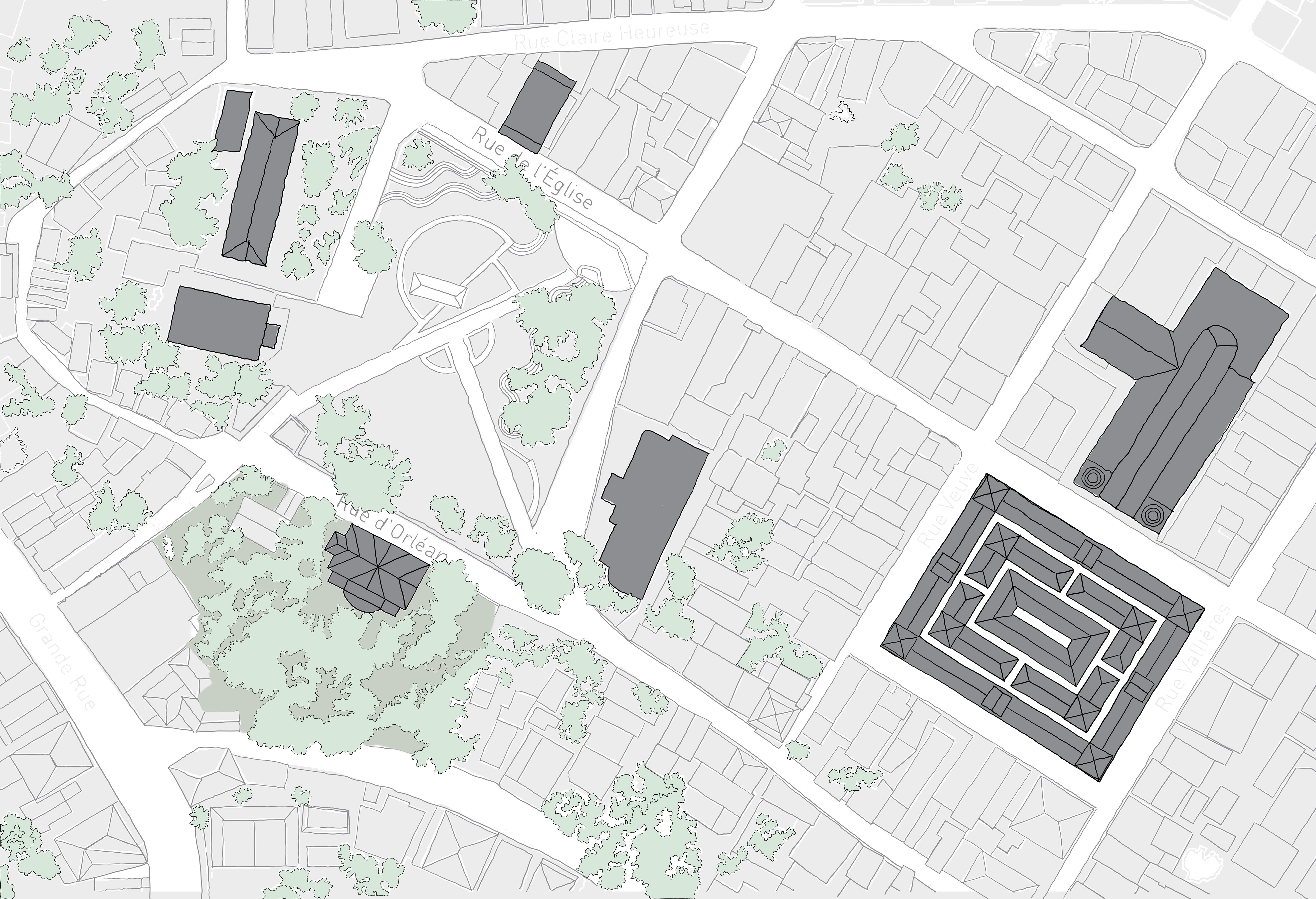 René Depestre’s Hadriana in All My Dreams is largely set in the town of Jacmel, Haiti, and the novel as a whole is a layered meditation on this remarkable city. Through Depestre’s novel, we come to see Jacmel as a crossroads of many histories and itineraries, at once a part of Haiti and the Caribbean and a world on the “cosmic stage of the universe.”

The city is famous for its carnival, depicted beautifully in Edwidge Danticat’s After the Dance (2002), as well as for its visual artists. These include Prefète Duffaut, who is particularly well known for his “imaginary cities,” many of them dreamscapes woven out of his vision of his hometown.

Several of the locations depicted in the novel, notably the Siloé family home – the Manoir Alexandra, recently renovated and opened as a hotel – remain central landmarks in the city. Today, a series of steps flanking the manoir and leading to Jacmel’s main square are decorated with mosaic quotations from the first scene in Depestre’s Hadriana, in recognition of his status as one of the city’s great artistic figures.