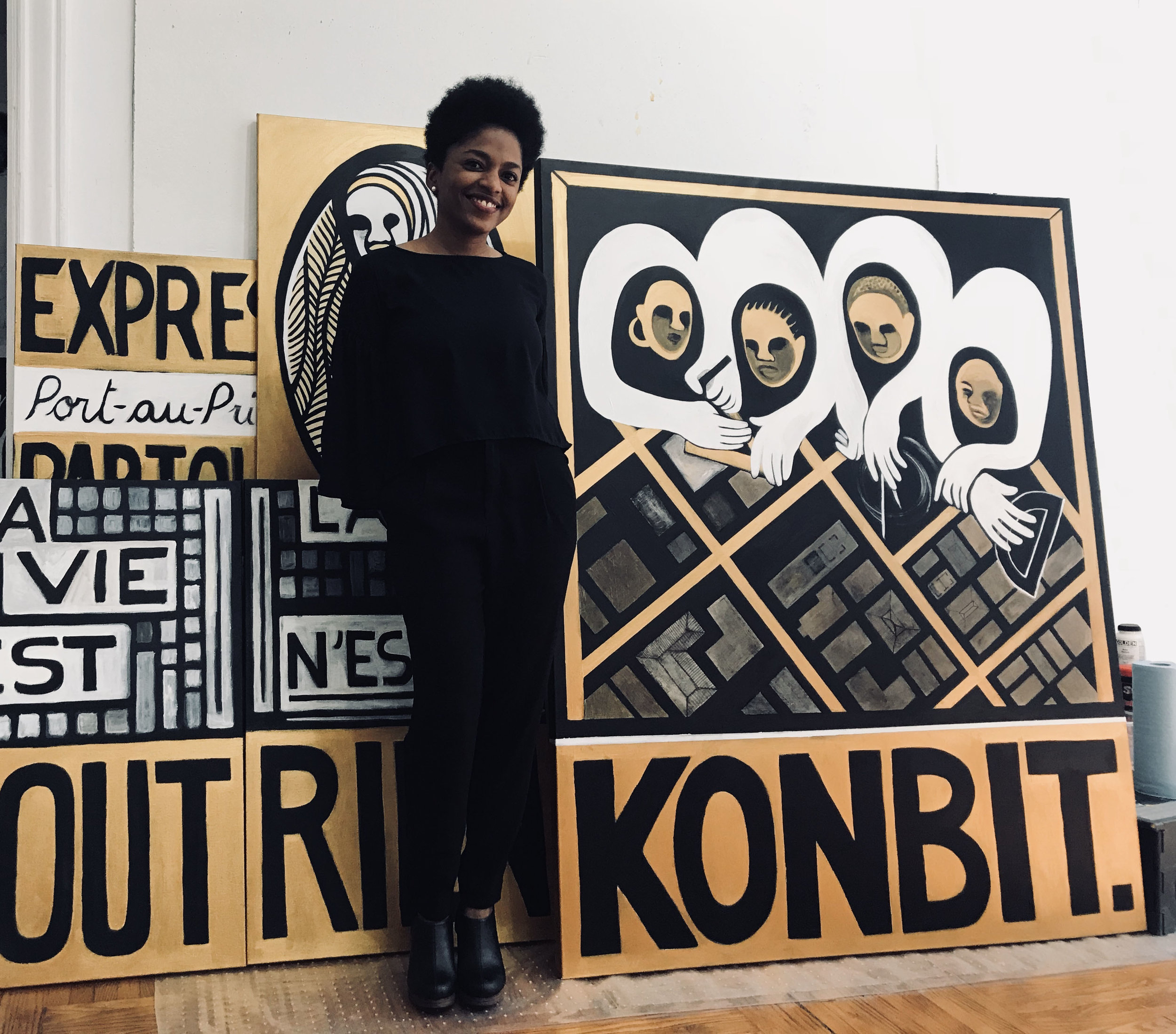 is a Haitian architect and artist based in New York City. She was first introduced to René Depestre’s novel Hadriana in All My Dreams while doing research in Jacmel for her undergraduate degree project at the Rhode Island School of Design. Jolivert’s project focused on the architectural preservation of Le Manoir Alexandra, Hadriana’s family villa, located in the center of town. During the course of her studies, Jolivert was increasingly enthralled by the young French protagonist’s mystical story, which has haunted Jacmel for generations. In doing her research, she connected with various artists, literary scholars, and architectural preservationists and quickly understood the important role this novel played in memorializing the essence of a city that sees itself as the cultural capital of Haiti. As a multimedia artist, Jolivert remains passionate about spatial narratives, cultural and architectural preservation. Nathalie’s exhibitions include: "Bonjour Tristesse" at Barney Savage Gallery in New York (2018); "Leader in Residence" exhibition at Miss Porter’s School in Connecticut (2018); "Translating Histories” at the Harlem School of the Arts (2018); "Lavi Miyò" at FiveMyles Gallery in New York (2018); "Colorblind" at Isometric Studio in New York (2017); "Curiosites Urbaines" at La Lorraine in Port-au-Prince (2016); "Frontiers of Development" at the Ronald Reagan building and International Trade Center in Washington, DC (2014 ). 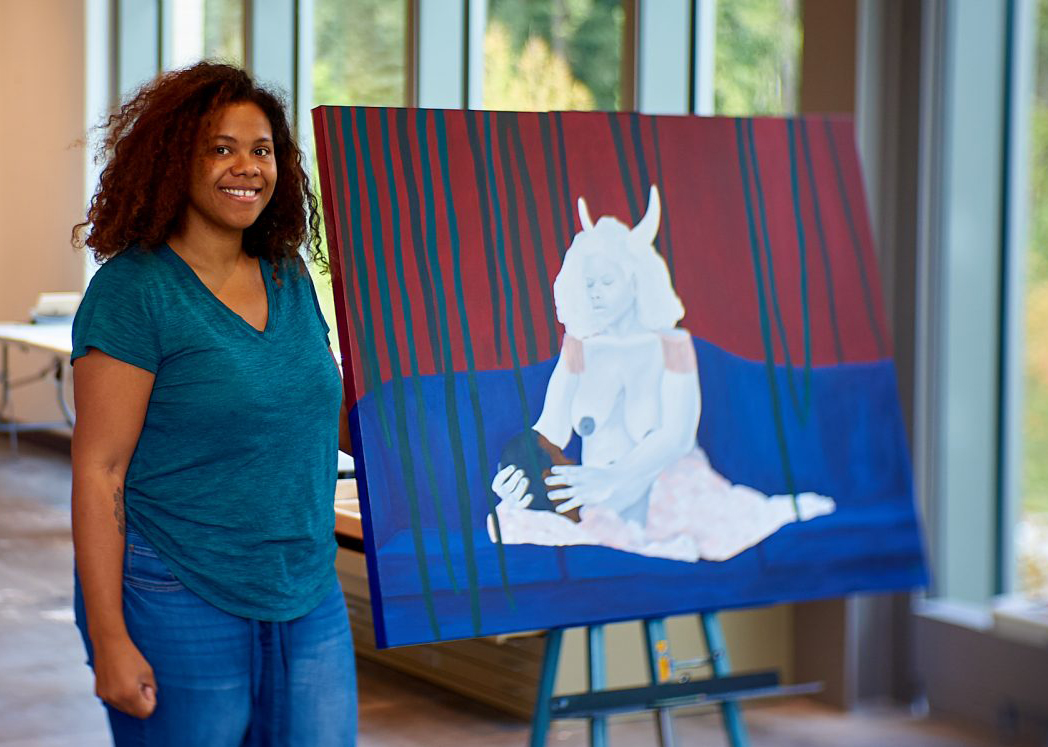 was born in 1985 in Port-au-Prince, Haiti, where she continues to live and work. She completed a Bachelor's degree in Visual Arts at Rennes 2 University in France in 2006. Her artistic career truly began in 2008 with her participation in the 5th Transcultural Forum of Contemporary art organized by the AfricAmericA Foundation in Port-au-Prince, Haiti. Three years later she participated in the collective exhibition "Haiti: Kingdom of This World" (2011). This traveling exhibition, presented initially at the Agnès B. Gallery in Paris, inaugurated the first Haitian pavilion at the Venice Biennale that same year. In 2015, the artist spent three months at the Alice Yard space in Trinidad and Tobago as part of an artistic residency. During this stay she created the character of Tessalines, her alter-ego, a female hybrid of Jean-Jacques Dessalines, leader of the Haitian revolution. The work produced during this residency marked a turning point in her career and gave rise to a 2019 exhibition at the French Institute of Port-au-Prince, "Tessalines and Moi," her first solo show. Linking past and present, Mars’s recent work offers alternate narratives on past and current traumas both personal and collective as a means of empowerment and healing. The work questions the processes through which we build ourselves as individuals and groups. Looking at identity through the lens of gender, history, and culture, Mars questions notions of belonging, sacrifice, transformation, and resistance. Mars’s work has been shown most recently during the 10th Berlin Biennale in 2018, and in her 2019 solo show "Île modèle-Manman zile-Island template" in Port-au-Prince. 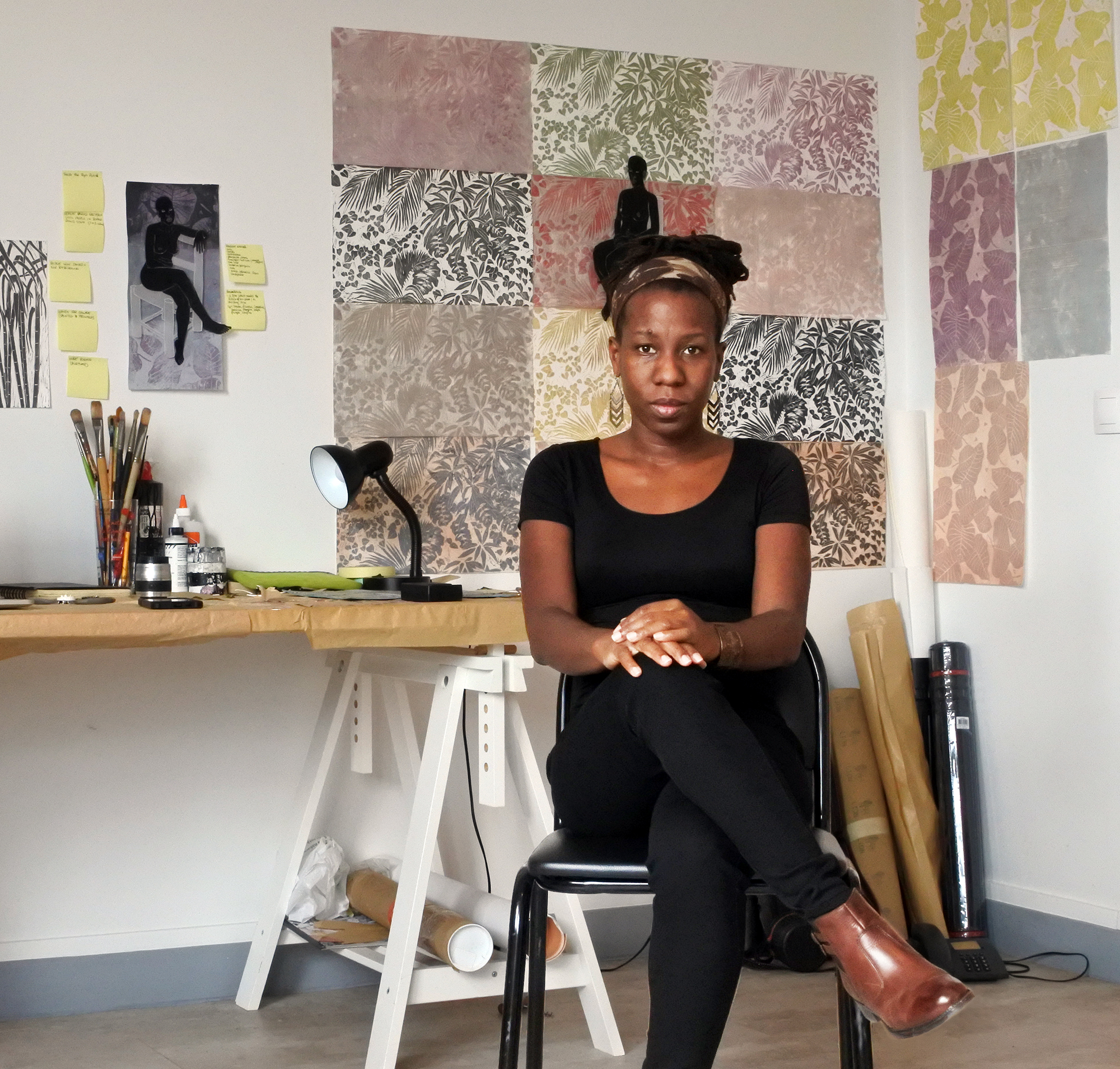 is a visual artist born in 1982 in Haiti and raised in the United States, Haiti, and Canada. A precocious talent, she was enrolled in the Saint Soley youth workshops with Jean-Claude Garoute (commonly known as Ti Ga) in 1990. After completing an Associates Degree in Graphic Design at Valencia Community College in 2004, she moved to New York City in 2010 to fully devote herself to her calling in visual arts. In 2012, Nicolas Mondestin relocated to Haiti, where she has since worked with flagship arts organizations including the Fondation AfricAmérica and Le Centre d’Art. Nicolas Mondestin has exhibited in Haiti, the United States, and France. Her art practice encompasses multiples media, aming which, painting, drawing, and printmaking. Nicolas Mondestin’s most recent body of work begins as an exploration of the relationship between female bodies and the spaces they evolve in, most specifically, nature. Bare female bodies are seen holding court in an idyllic landscape that remains untouched by man-made constructions or constraints. The work not only questions the reciprocal influence that exists between female bodies and nature, but also between the female body and society – that is, how bodies are shaped by societal views and how we transform them in return.